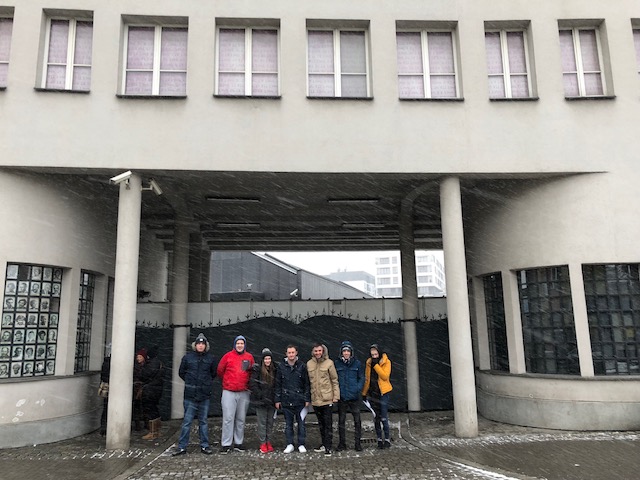 In March 2018, six young people from the Shankill community engaged in a programme of learning on the horrors of the holocaust, which culminated in a two day visit to Krakow to visit the Oskar Schindler Enamel Factory and a full day’s tour of the extermination camps at Auschwitz/Birkenau.

In preparation for the visit Rabbi David Singer from Belfast Synagogue gave our young people a fascinating tour of the North Belfast site, as well as sharing his family’s experiences of the Holocaust and an interesting and informative overview of Judaism.

Upon landing in Krakow, we walked through the area of the city which was turned into the ghetto and from where tens of thousands of Jews were rounded up and sent to concentration camps. From here we visited the former administrative building of Oskar Schindler’s factory which houses an excellent museum dedicated to the history of the Nazi occupation of Krakow. Participant Marc Young added: ‘’Oskar Schindler is a real icon to the Jewish people, so it’s wonderful to see the place where he saved so many.’’ 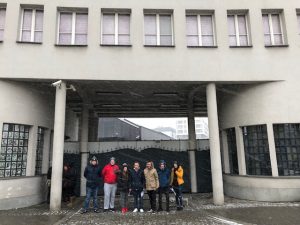 On day two the group went on a guided tour of Auschwitz/Birkenau. We walked around both camps in silence for most of the time, punctuated only by the narration of our guide. As we stood at the infamous “Arbeit Macht Frei” gates, we listened as a church bell sounded. It plodded out its daily duty, ringing clearly across from the nearby town, just as it must have done seventy five years ago as men and women walked through these gates, most never to leave. ‘’It’s impossible to comprehend the magnitude of murder that went on here. There’s an eerie feeling at this place – it’d deathly quiet, even though there’s hundreds of people around.’’ Paula Beattie added 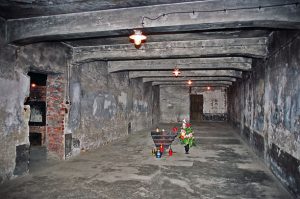 It is impossible to put into words what it is like to walk round a human extermination camp, feeling physically weighed down by the increasingly heavy knowledge of what took place on this very spot where 1.3 million were mercilessly murdered. It is also difficult to convey how much the experience of visiting Auschwitz is like nothing else. This is not simply a museum or a place of commemoration. This is a place where people were killed because of the hate, indifference, and complicity of countless ordinary individuals. I know many people who say they cannot visit Auschwitz because it would be too much, which is understandable, but this is not a place like any other. And the millions of people who visit Auschwitz every year visit this place for a different reason than any other tourist place. Walking around the site, it was evident our group felt encouraged. We were heartened by the length of the queues of visitors—groups, families, students, travellers on their own.  Because for every person who visits Auschwitz, there is another person who has seen and who has heard difficult truths and will undoubtedly learn of man’s inhumanity to man.

View a short video on the group trip to Auschwitz below

Many thanks to PSNI Tennent Street NPT and Rabbi David Singer.